With today’s standards of profitability in the business world, companies often focus most of their resources on one thing: monetary gains. Even brands that begin as passion projects can be blinded by capitalistic measures of success. After all, here in America, many individuals live according to the motto, “if you’re good at something, never do it for free”.

Brands that have this sort of mindset will often overlook or disregard the impact they might have on the environment, society, or traditional cultures. While you might first think of fast fashion brands like Zara or H&M when you think of companies that are profit-driven first and cause-driven second, you will probably be surprised to hear that luxury brands like Dior and Saint Laurent are also willing to cut corners when it comes to cheap production.

Luxury brands (like the ones mentioned, as well as brands under parent companies Kering, and fashion houses such as Burberry) manufacture their products in sweatshops and factories in places like Mumbai, where they can get away with paying the seamstresses that hand embroiders their products just dollars a week. Some of the aforementioned luxury brands have signed something called the Utthan Pact with the goal to provide adequate working conditions in thirds world countries. However, this pact does little to hold brands accountable, and little progress has been shown in this area.

The high prices of luxury merchandise give the illusion that high-end brands are somehow better than the average fashion company in terms of production means, when in fact, they are more similar than you would think. When asked by the New York Times for a statement in an investigative piece on the topic, luxury brand LVMH denied any comment about the matter.

In recent years, however, brands have emerged that go against the grain of putting profitability as their first priority – these brands follow a business model called impact first.

Before we dive into the topic of impact first business models, here’s a breakdown of the topics we are going to discuss today.

1. What is an Impact First Business Model?

An impact first business model is when a company’s main focus is on the causal impact its brand has. Brands that follow this model pursue profit-making second and put working towards a greater cause at the forefront of its pursuits. This might even mean taking a loss in the first years of the company.

This is not to say that impact first brands do not care about generating a profit. Instead, companies that follow impact-first just do not cut corners when it comes to cheaper and easier production means. By prioritizing quality instead of quantity and using slower or more expensive production means, the short-term impact may be more expensive, but worth it in the long run for a company to build consumer loyalty with those who identify with the impact a brand is trying to make with their products. Once this brand loyalty is built, it is nearly impossible for competitors to replicate the same impact.

Impact first is all about striking a balance between profit and purpose in your business model. This business model goes beyond what many fashion brands do today to appear cause-oriented, like simply releasing a statement about a cause to show support or using marketing tactics with no evidence to support a cause-driven stance. Instead, impact first brands center the foundation of their companies around a cause. By doing so, impact first brands go beyond just surface-level fixes or marketing tactics, instead, they address issues at an operational level in their brand.

Examples might be companies that go out of their way to only use sustainably sourced raw materials, a brand that invests an extended size line to appeal to all body types, or a business that gives a (sizeable) amount of proceeds to a charity with each purchase.

If there’s one brand that seemingly has an impact first business model down, it’s Angel Chang. Angel Chang is a zero-carbon womenswear line produced in the villages of southwest China by indigenous artisans. But, Angel Chang herself did not create this line out of thin air. It has taken about 2000 years for this line to come to fruition.

Born and raised in Indiana, Angel Chang grew up as a first-generation American from Chinese descent. She attended college in New York City where she interned with fashion designer Anna Sui and graduated from Barnard College with a degree in Art History and Visual Arts. In the few years after receiving her bachelor’s degree, Chang received her Master’s in Modern Art from Columbia University.

Angel Chang took her knowledge of art and applied it to her first designing positions at Donna Karan Collection in NYC and Chloé in Paris. Not long after in 2006, Chang created her first eponymous label that incorporated innovative technologies in her womenswear line. Her pieces included light-up fabrics, color-changing designs, and self-heated linings.

However, after creating this line, Angel felt as though innovative technology was not the future of fashion, as one might think, but instead the opposite was to be true. So, in 2011, Chang moved from her NYC apartment to a mountain village in the Guizhou Province of rural China—one of the poorest regions in the country. Here, she looked to the past to learn the traditions of her ancestors to learn ancient textile-producing techniques for her line.

In 2016, Angel Chang became a TED Resident, speaking to a global audience, warning about the unsustainability of the fashion industry, and encouraging consumers to invest in a few pieces of high-quality clothing as opposed to many pieces of lower quality clothing. She is also a Smithsonian Artist, and has been featured in countless publications from around the world for her dedication to sustainability and preserving traditional fabric production techniques.

According to the ANGEL CHANG website, the brand encourages three main goals in its mission: Support women artisans, wear organic natural fibers, and buy only what you love. These three issues are addressed on the basis of the entire brand.

As we previously mentioned, the womenswear line is produced entirely by villagers in the Guizhou Province of China by women artisans that share ancestral background with Angel Chang herself. By producing the line completely vertically, “from seed to button”, as Chang puts it, she has the ability to ensure that cultural traditions are being honored, and the brand’s carbon footprint remains at a minimum. These goals are ensured with six pillars of social responsibility that the brand strives to maintain, as mentioned on its website.

If you take a look at the products being sold on the ANGEL CHANG website, the cheapest item (Chang’s take on a t-shirt) goes for $440, the most expensive item, a dress, sells for $1220. Not to mention, in today’s world where consumers want the latest look as soon as it drops, Chang asks for shoppers to allow for 4-6 weeks to receive each order, as most garments are made to order.

In the short-term, Chang may face criticism or lack of interest from those shoppers who want their clothes as soon as possible. It may take time to build a loyal consumer base in the luxury world while trying to encourage the shopping pattern of buying a few, more expensive staple items opposed to cheaper and trendier pieces.

However, in the long term, ANGEL CHANG’s business model will resonate with those who identify with Chinese cultures themselves, or those that can appreciate the intricacy of the fabric-making process. Not only is the brand preserving traditional culture, but it is also building a sustainable model in which no electricity is used in the manufacturing process. Artisans are paid a living wage, each resource is obtained from a 30-mile radius of the village, and the clothes that are produced at such a high quality that they will last a lifetime.

Impact first brands are going beyond just implementing Corporate Social Responsibility policies. Instead, they are addressing an issue at the operational level of their business in order to build elevated brand loyalty from their consumers. In this case study, we focused on designer Angel Chang, whose eponymous label is produced with zero carbon footprint by indigenous artisans from the Guizhou Province of China. While it may take a longer time than average for the brand to gain traction in the fashion world due to its long lead time and high prices, the company will, in the long run, create an impact by preserving ancient cultural traditions and proving that luxury fashion can be sustainable.

Case Study: How Angel Chang is Building Loyalty with an Impact First Business Model Angel Chang is a great example of an impact-first business and in this post, we're looking into how this brand has grown because of this.
5 1 5 1 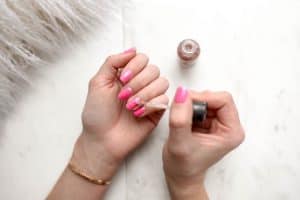