Chopard vs Cartier- Which One Should You Buy? 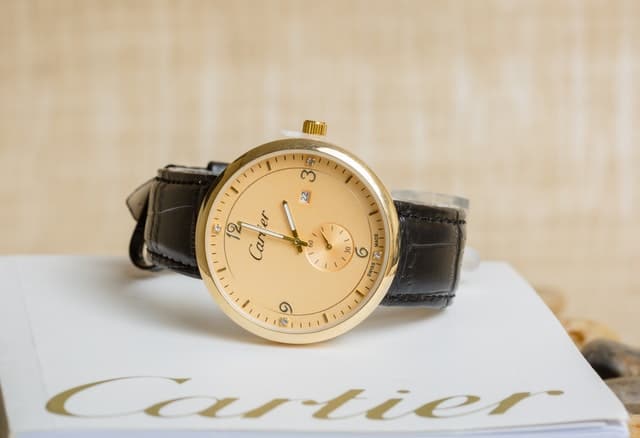 Several factors influence the human buying decision. This is especially true when comparing top brands like Chopard vs Cartier. These two brands are well known in the fashion industry for creating iconic designs and shapes. Thanks to technology, they have made an evolving history by creating innovative wristwatches. From the brands’ accounts to achievements, several facts have inspired customers to support one of the brands against the other. Hence, this article provides the detailed comparison you may need to know.

Chopard was born as a result of the enthusiasm of a 24-year-old boy. It all started in Switzerland by the farmer’s son, Louis-Ulysses Chopard. He was able to break records because the watch’s designs were innovative and intriguing. It was a big catch in the 19th century because many watch lovers sought quality and precision. Chopard built a business reputation in Switzerland until it transcended into several places worldwide. The company became generational as Paul-Leonard Chopard became the CEO in 1859. In 1937, the company had its central location in Geneva. Since then, it started specializing in both male and female jewelry. The goal was to attract more international clients.

On the other hand, Cartier was founded during the time the French were undergoing some revolutions. Hence, it took Louis-Francois Cartier’s courage to beat his competitors into the game. The company opened its first boutique in 1859. The brand later became the heart of Paris and the favorite of many royalties. When Louis died in 1942, many people had thought it would be the end of the brand. Contrarily, Louis’s son continued to accept challenges and break boundaries. The brand produced iconic watches such as Cartier Pasha, Cartier Tank, Santos de Cartier, Cartier Ballon Bleu de Cartier, etc.

As reported by the Los Angeles Times, Chopard has formed a collaboration with the pop singer Rihanna. The creative director has agreed to create a unique jewelry collection for the famous music star. This is an excellent collaboration with the brand since Rihanna has a huge fan base, and she is a role model to many people. It also depicts how the brand can produce one-of-its-kind collections for its customers.

Rihanna is currently giving the jewelry industry a better perspective as she keeps putting in her creative and unique styles. Some of the watches designed were produced with a certain number of editions. These items include several fine jewelry lines, met several skin needs, and tattoos. Each design is on the brand’s website, while interested customers can preorder any available items displayed on the website.

As for Cartier, it had its massive collaboration in 2017 while running an online campaign called the La Panthere de Cartier. The brand strategically produced a short film closely with Courtney Eaton and Sofia Coppola. Courtney Eaton and her director have reputable records in the Hollywood industry and have received outstanding awards. The movie was uploaded on YouTube and successfully generated 4.8 million views. This movie was successful because it did not only portray itself as a marketing strategy. The brain behind it was to emphasize women’s empowerment, especially in this modern age. It also depicts how women can feel proud about themselves wearing exotic watches.

It’s almost impossible to distinguish Chopard vs Cartier in terms of innovations. Both brands are top competitors in the market, and they remain the best by producing innovative products. Nevertheless, each brand has what it represents or is known for.

Chopard has been soaring high with its innovation while beating the standard benchmark. Chopard innovations took a significant turn in 2013, as it started using 100% ethical gold in its productions. The aim was to initiate sustainable watches that fit into the luxury lifestyle. Chopard has adopted this approach and has created several luxury watches since then.

The latest innovations for Chopard are the L.U.C, Alpine Eagle, and Haute Joailleri collection. Among them is the Imperiale collection, which was mainly designed for women. It was released in 2021 and aimed to serve classy women. The workshop production was successful with the input of expert artisans in the field. These artisans have been creating innovations for the brand for a long time; Laura, Christophe, MO, Paulo, Roseline, and Anthony.

The Cartier brand also exhibits beauty by using technology to improve its creativity. Despite the adoption of photovoltaic cells, the brand works tirelessly in enhancing its aesthetic value. The brand focuses on renewing natural products using plant-based materials instead of animal products. This contributes positively to the ecosystem in society by reducing the carbon footprint. Cartier’s creative team focused its dynamics on exploring research and creating new options. In 2005, the brand founded a non-profitable organization that examines the authenticity of every jewelry product. Since then, many customers have trusted the gold qualities of the Cartier brand.

The Chopard vs Cartier marketing strategy is an exciting one. They both have a similar end goal: to increase the company sales—however, the approach or model is different.

The Co-president of Chopard, Caroline Scheufele, revealed in one of her interviews with fashion papers about the brand’s interest in diversification. She stated the need to reach a broader range of audiences on social media by offering several values. The marketing strategy had focused on promoting sustainability and identifying the market secrets of the e-commerce industry. The Swiss brand organically generates more customers by implementing strategic marketing schemes. Using famous faces and Goggle tracks, Chopard has been able to make social influences. Beyond jewelry, the brand is launching other leather products such as cufflinks, eyewear, and pens.

For Cartier, it reminded its audience of the back story of the brand’s success between 2009 and 2012. It was a campaign that portrayed the early founders of the Cartier brand. The brothers who started the brand have been the inspiring story behind every product. This campaign was popular and well-represented on many social media platforms. However, the brand ran a more focused and customer-centered campaign in 2017.

It was observed that sharing a brand’s history alone is not enough. The brand needed to identify customers’ interest and incorporate it into the campaign. The 2017 campaign was called “Juste Un Clou.” The advert focused on features related to entertainment, such as sportsmen and skating women. Hence, Cartier campaigns have become more realistic, focusing on customers’ lifestyles.

Chopard vs Cartier – Awards and Achievements

Chopard has been receiving awards as far as 2008. This was when the State of Geneva awarded the brand the Best Training Company. When Chopard celebrated its 150th anniversary in 2010, it announced its partnership with the Tiger Alive Initiative. This was another proof of community work, as it depicts wildlife conservation. In 2013, Chopard collaborated with a South-American NGO called the Alliance for Responsible Mining. The purpose was also to show support for wildlife and natural resources conservation.

One of the outstanding and latest achievements of Chopard is the use of pure gold to create its jewelry. When the president announced it, he stated the goal was to contribute to the sustainable development movement by the United Nations. Since 2018, more agencies have recognized Chopard for its humanitarian acts and community growth involvement.

On the other hand, the Cartier brand has launched several social initiatives to give back to the community. Fortunately, the community service idea has attracted several activities and NGOs to collaborate with Cartier. In 1984 and 2012, Cartier launched The Foundation Cartier and Cartier Philanthropy, respectively. Vulnerable people in less developed areas were the primary target, as the company provided access to basic services. In 2006, Cartier created an annual platform that awards entrepreneur women. This was done in collaboration with the INSEED Business School and McKinsey & Company.

Cartier’s achievements would not have been possible without the strong desire to break boundaries. The brand’s fearless spirit has led to the creation of many iconic wristwatches as well. Hence, understanding Chopard vs Cartier will help you form a better decision when choosing your wristwatch plug in the industry. These two brands have achieved excellent results, and they are worth the huge price.

Cartier and Chopard are a significant influence in the luxury industry. The more they keep upgrading in innovations, competing brands are inspired to do better. Cartier started as a jewelry company and is now leading in the wristwatch space. Being creative without losing its luxurious sense of value stands out for these brands. Cartier and Chopard products are unique, giving iconic styles. The primary target audiences are the affluent people in society. Fortunately, they have been able to maintain this standard and much more.

This section will answer your question about which of the brands you should patronize. However, any of the characteristics may influence your decision. Nevertheless, price is a major factor many people consider.

Chopard has wristwatch prices as low as $4,390, while Cartier’s price is as low as $2,400. However, Chopard offers more discounts than Cartier, a privately held company. On the other hand, Cartier is a public company, giving it more resale value than Chopard. However, the resale value is not a big deal if you are not considering investing in your jewelry.

Despite the close analysis of Chopard vs Cartier, they have a striking difference. Chopard remains a family business, which is unusual among today’s top brands. On the contrary, Cartier had lost its family-work relationship since 1964. Nevertheless, being a family business or not is not enough yardstick to measure a brand’s credibility. Therefore, it is safe to say that both brands are excellent, and choices would be based on the individuals’ preferences.

Chopard vs Cartier- Which One Should You Buy? Understanding Chopard vs Cartier comparison is an interesting subject for many people. If you belong in this category, click this link for details.
5 1 5 1