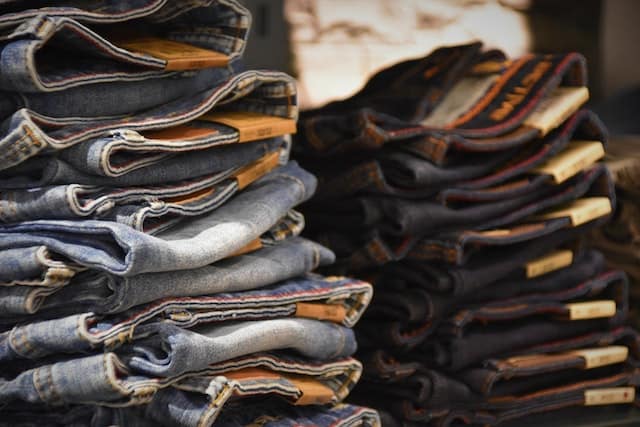 The blue denim Levi’s jeans made by Levi Strauss & Co. are known worldwide. Levi Strauss also licenses the production of novelty items in addition to its other products, such as tailored pants, coats, hats, shirts, skirts, and belts. The main office of the company is located in Golden Gate City. Levi Strauss & Co., Inc. designs and distributes jeans, casual wear, and accessories for men, women, and children under the Denizen®, Dockers®, Levi’s®, Signature by Levi Strauss & Co.™ labels. About 15,000 people work for Levi Strauss in more than 100 countries. It operates in over 110 countries and has over 50,000 locations.

What Is the Meaning of the Number on Levi’s?

Each number in Levi’s series denotes a different combination of waist rise, leg opening, and seat fit for men. Various leg shapes and cuts are available for women, and each style number reflects how the item fits through the waist, hips, and thighs.

Levi’s features a wide variety of extremely durable and comfy products. They are pioneers in the movement to make denim more environmentally friendly, and they provide a wide range of styles, from cutting-edge washes and cuts to timeless classics. Here are nine of Levi’s best-selling denim styles and four of the brand’s most recent innovations.

What Are the Most Valuable Levi Jeans?

The most expensive pair of jeans ever sold at auction was a 155-year-old pair of Levi’s 501s that sold in 2005 for $60,000. Newer pairs of jeans with embellishments like rivets and rhinestones are equally as sought after as older pairs, despite the higher price tags.

Levi’s name has been around since 1873, but the Levi Strauss Signature collection is more recent, hitting the shelves in 2003.

Both collections feature jeans and other casual attire, so that’s one area of resemblance. For a long time, the classic Levi’s line has expanded to include tops, skirts, dresses, shorts, and accessories. Due to its popularity, the Signature range has now been extended to include garments made from other fabrics besides denim.

In terms of value, there is a distinction between Levi’s and Levi Strauss Signature. The Signature line was designed for thriftier shoppers. It’s meant for a tighter budget. Typically, the two lines have a $30 to $50 price differential.

Here is the history behind Levi Stauss vs Levi’s.

How It All Started

Levi Strauss, a German immigrant to San Francisco, opened his first trading office at 90 Sacramento Street before relocating to 62 Sacramento Street. In the 1858 San Francisco Directory, Strauss and his brother-in-law David Stern are listed as the owners and managers of a business called Strauss, Levi (David Stern & Levis Strauss) Importers Apparel. After Levi Strauss died in 1902, his four nephews acquired the San Francisco dry-goods corporation. Corporate bonds and shares of Levi Strauss Japan K.K., the parent company’s Japanese subsidiary, are both available to the public.

Latvian immigrant and Reno, Nevada tailor Jacob Davis was a regular customer of the Levi Strauss & Co. wholesale warehouse. Davis came up with the concept of using copper rivets to reinforce the places of strain, such as the corners of the pockets and the button fly after a customer bought material from him to repair his damaged pants. Instead of spending his life savings on a patent, Davis wrote to Strauss and proposed they start a business together. U.S. Patent 139,121 was issued to Strauss and Davis on May 20, 1873, after Strauss accepted Davis’ offer.

Denim overalls weren’t mass-produced until the 1870s, despite popular belief that Levi Strauss sold his first pants to gold miners at the 1849 peak of the California Gold Rush. In 1890, when the rivet patent expired, manufacturers began assigning lot numbers to their products; the number “501” became synonymous with the all-too-familiar copper-riveted waist overalls. The first modern versions of jeans appeared in the 1920s, but they were only worn by cowboys, railway workers, and loggers in the western United States. In the 1930s, when dude ranches were all the rage, tourists from the East brought back stories of their time at Levi’s factory in California and marketed the brand to their friends and family. A further boost came during World War II when blue jeans were designated an important product sold primarily to defense industry workers.

The jeans made by Levi Strauss & Co. became a staple of youth subcultures between the 1950s and 1980s. In the 1950s, the company eliminated the denim covering placed over rivets in the back pockets after complaints that they were scratching furniture.

The more relaxed style of the 1960s and 1970s heralded the “blue jeans frenzy” and was a significant factor in Levi Strauss’s rapid expansion from the early 1960s to the mid-1970s. By acquiring Great Western Garment Company (GWG), a Canadian garment company, Levi’s was able to extend its apparel line and introduce new trends and models, such as stone-washed jeans, under the direction of Peter Haas Sr., George P. Simpkins Sr., Walter Haas, Paul Glasco. As a result of the purchase, Levi Strauss adopted the now-standard “stone washing” method.

From 1964 to 1974, Simpkins oversaw the company’s rapid growth from 16 to 63 domestic and 23 international manufacturing facilities. In 1946, the corporation only had fifteen salespeople, two plants, and no business east of the Mississippi. After 30 years, they had over 22,000 salespeople, 50 plants, and offices in 35 countries.

Levi’s joined the ranks of only two other big apparel businesses in 2019 with commitments in line with the Paris Agreement’s aim of reducing global average temperature. By the year 2020, Levi Strauss & Co. hopes to have switched from using chemicals to designing and cutting ripped sections of jeans with lasers. The company received the 2020 Golden Halo Award from Engage for Good (previously known as the Cause Marketing Forum) in December 2019 for its contributions to corporate social impact. Levi Strauss officially entered the sportswear sector with the announcement that they had acquired Beyond Yoga on August 5, 2021.

So, What Is the Difference Between Levi Strauss and Levi’s

Levi Strauss and Levi are not the same things. The Levi’s brand of denim pants is an international phenomenon, and Levi Strauss is the firm most recognized for making them. Levi Strauss is the owner of Levi’s brand, as stated above. Using the Signature by Levi Strauss & Co.TM, Levi’s, Dockers, and Denizen labels, the company creates and sells jeans, casual wear, and accessories for men, women, and children. The jeans made by Levi’s are among the best available.