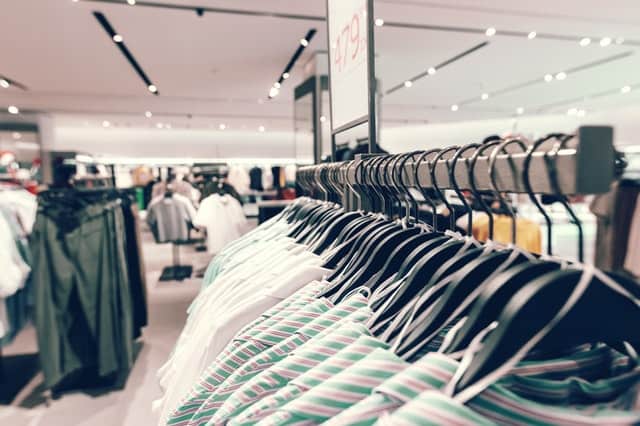 “Originated in 1994, the brand celebrates the democracy of style through on-trend, playfully optimistic, affordable, and high-quality products.” – Old Navy

Old Navy is one of the most famous American retail brands known for selling casual clothing and accessories. As a result of its presence in almost all cities across the United States, the blue-and-white logo has become an iconic symbol. This company is a cornerstone of the country’s fashion retail industry and is famous for its innovative thinking. The brand offers active and casual menswear, womenswear, and for children. In spite of this, most people are unaware of the brand’s history. The purpose of this article is to discuss Old Navy’s origins and some interesting facts about the brand that very few people know.

In 1969, Old Navy began its journey in San Francisco. Having trouble finding a pair of decent jeans, Donald Fisher decided to design his own pair, thus founding the first-ever Gap store. With a wide range of music records and stylish, but affordable jeans, The Gap quickly became a popular destination for music lovers. As a result of the success of the venture, Fisher expanded his business rapidly and by the mid-1970s, The Gap held a strong presence in 20 states and had over 200 stores.

In 1980, Gap became a publicly-traded company and recorded over USD $300 million in sales and as a result, the company opened 80 new stores annually. At this time, Fisher retired, and Millard Drexler took his place, continuing the expansion, eventually purchasing retail giant Banana Republic.

Despite Gap’s success over the years, there were a few setbacks along the way. The group’s first business was a sportswear chain called Hemisphere, which did not perform well and was sold immediately. The company soon after acquired the Pottery Barn retail chain however, this acquisition was also short-lived.

After twenty years of successful sales, The Gap began to gain new competition. It was rumored in the early 1990s that rival Dayton Hudson Corp. (owner of notable brands such as Mervyn and Target) planned to create a chain of clothing stores offering lower prices to surpass Gap’s market share. As soon as Drexler heard the rumors, he saw an opportunity to take action. By conducting thorough market research, Drexler was able to analyze his competition and with the help of his advisors, he felt he was ready to invest in the next generation of retail.

The Official Introduction of Old Navy

Thanks to quickly inclining success, The Gap executives decided to give the new chain its own identity soon after it opened. Why did he decide to call it Old Navy? Drexler stumbled upon a bar in Paris with that name! The first Old Navy store officially opened in 1994 in California where the company held a large media event filled with promotional and marketing strategies. The event was attended by some of the hottest celebrities such as Cindy Crawford and after only one year in business, Old Navy made USD $120 million in sales and had over 59 open stores. In 1995, the company opened its flagship location in Manhattan and recorded USD $420 million in sales with a total of 131 stores.

According to Old Navy’s history, its stores were twice the size of Gap’s. A pair of jeans could be purchased for as little as $22, while a T-shirt could be purchased for as little as $7. In addition to chrome fixtures and cement floors, the stores had an industrial-style design. A number of the store’s commercials featured retro celebrities such as the Smothers Brothers and Morgan Fairchild. Within four years of opening, Old Navy became the first retail brand to generate $1 billion in sales and set a record in 1997.

How Old Navy Survived the Turn of the Century

Jenny Ming was appointed president of Old Navy in 1999, which led to a change in the company’s direction. Her leadership led to Old Navy’s continued expansion and significant dominance of the retail clothing market. By the early years of the new century, Old Navy had opened 513 stores and its success was largely due to its ability to reach beyond its target market.

As a result, the company acquired a higher spending set of customers than it had planned. Over 70% of Old Navy sales were from households earning USD $50,000 or more, according to a study conducted by NDP Group.

Its success started to stutter in 2000 when the company’s distribution problems flooded the market with excess inventory as part of an international expansion plan. The company did, however, open 12 new stores in Ontario in 2001 simultaneously. Following a decade of continuous growth, the company slowed down its expansion. According to Old Navy’s 2004 annual report, it had 844 stores and had sales of $16 billion and the sales from Old Navy company represented 40% of Gap Inc’s revenue.

Old Navy History and Learning from the Competition

There was a significant slowdown in Old Navy’s growth by 2012. In order to resume their success streak, Gap executives decided that a change was necessary. As a result of their market assessment, they decided to get to know their main competitor, H&M Group. Stephen Larsson was then hired as the company’s retail manager.

In order to elevate the brand, Larsson hired new, young fashion designers from Coach, Nike, Reebok, and The North Face who worked on new clothing lines for the company. Within five years, the company had over $6 billion in revenue in the US alone. Despite his success with the brand, Larson left shortly after to join Ralph Lauren. Old Navy is now headed by President and CEO Sonia Syngal.

Old Navy has enjoyed phenomenal growth over the years. However, the sales reached their peak in 2018. According to Gap’s annual financial reports, sales declined in the first quarter of 2019. Old Navy’s sales sank a further 5% in the second quarter of 2019 when Gap announced that it would spin Old Navy off into its own company, however, the company reversed its decision in 2020.

A look at Old Navy’s history shows a rollercoaster of sales yet the store is still famous as the go-to spot to get affordable clothes and accessories. In spite of its history, most Old Navy customers know little about the company.

Did You Know: The Company was Designed to Function as a Grocery Store

Metal shelving, checkout counters, and cement floors have been Old Navy’s signature design elements since its inception, making the stores quite similar to most grocery stores. This design wasn’t by chance, as the company had a reason. By arranging items near the checkout lines, they believe that they could also attract customers as they wait in line to pay for their purchases. The psychological strategy worked exceptionally well and was quite brilliant. It is not uncommon for bored shoppers to add an excellent item to their cart while they are waiting at checkout. this marketing strategy, over time helped increased the company’s revenue.

Did You Know: Old Navy Loves to Innovate

The brand’s love for experimentation has been present throughout its history. Innovative products and ideas are on their menu as they experiment with new ideas to find out what customers truly desire. For example, in 1995, the store tested by opening a coffee shop close to the San Francisco store. The company also experimented with a kid’s collection in 1997.

Did you Know: Old Navy Used a Fictional Character When Rebranding

In 2011, the company decided to rebrand as it wanted to create a store that portrayed a family-oriented environment. Records show that Old Navy created a fictional character to represent the store. Old Navy used Jenny as a representation of a typical shopper to draw attention to its clothing and accessories line available for the entire family at the store. Enhancing lighting, vibrant colors, and improving store layout allowed the company to stay in tune with their target customers’ preferences.

Did You Know: Promotional Mark Down Days

There are two days each week when Old Navy offers markdowns on some items, which might interest you if you’re looking for unique deals. These markdowns take place on Monday and Sunday but tend to occur more frequently on Monday. Most times, the staff are too busy to get around to all the divisions in the store. For this reason, if you love a good deal, you should keep these two dates in mind.

Did You Know: E-commerce vs. Big Box

Many people are unaware that Old Navy offers more deals and coupons online than in brick-and-mortar stores. The online store constantly offers visitors coupon codes that can be used to significantly reduce the price of products for budget-conscious shoppers. Multiple coupons can be used simultaneously, which is the best part. For example, if you have three coupon codes, you can apply them all at the same time to reduce your shopping costs!

Despite being a part of The Gap, Old Navy has grown in many ways more than its parent company. Besides giving you some inside scoop on the brand, the article reveals when is the best time to shop, what platform to use, and how to become better on the field. If you get a deeper understanding of Old Navy’s history, you’ll be able to make better decisions about the brand.