The Androgyny of Fashion Now and in the Future 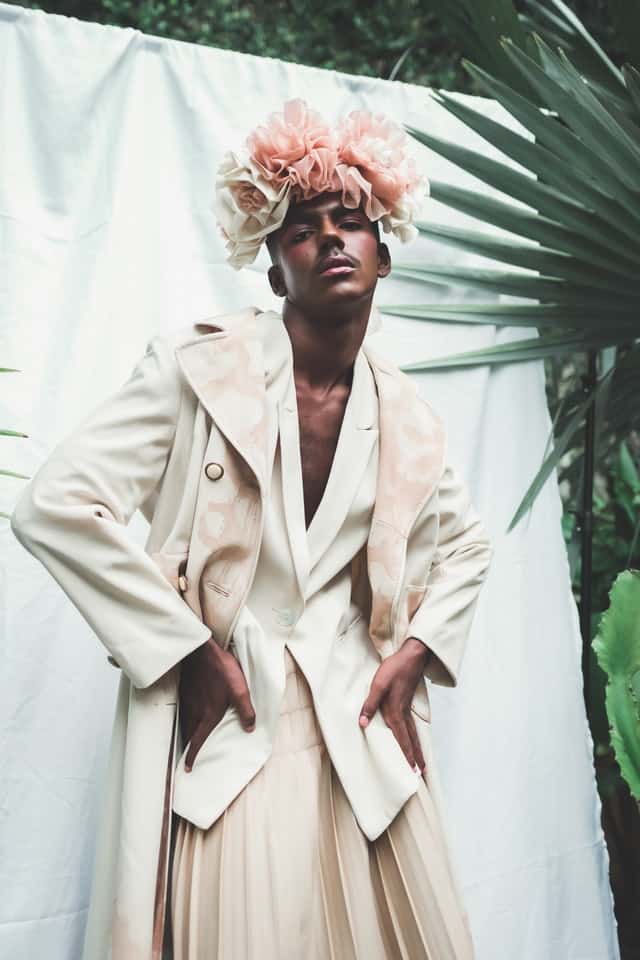 Today, however, you can see that men and women are wearing similar things. Anyone can wear a pair of jeans and a t-shirt, and that has no specific gender, while dresses still have a gender attached to them. But times are changing once again, and gender-neutral clothing is becoming more popular.

Some people may identify as gender-neutral or queer, and wear both men’s and women’s clothing. However, androgynous clothing can be for everyone, and you do not need to have a certain label to wear it.

Here is a list of things we will be discussing in this article:

A lot more brands have gender-neutral collections, even if they are not necessarily marketed as such. When it comes to loungewear, sweatpants and sweatshirts are very similar in men’s and women’s sections, and there should be no reason why a man couldn’t shop in the women’s section, and vice versa, except for maybe the fit of the clothing.

If anything, women are more adept at wearing men’s clothing. My friends and I have shopped in the men’s section to buy sweatshirts, oversized t-shirts, or flannels. This is becoming a popular trend everywhere. The section may be labeled as “men’s clothing” but that does not really mean anything. Anyone is allowed to shop there, and the same should go for the women’s section.

Men wearing women’s clothing definitely seems to be looked at differently in society. If people see a man wearing a dress they might gasp or be taken aback, but if they see a woman wearing a suit they think she looks powerful. However, many celebrities have been taking on this challenge and showing that men can wear “women’s” clothing and still look amazing, and it doesn’t matter what their sexuality is.

Harry Styles is one of the most well-known celebrities that has been taking on gender norms. He isn’t afraid to be himself and wears clothing that may be seen as feminine. He has inspired a lot of other people to do the same.

Other celebrities like Billy Porter and Marc Jacobs have joined the trend and worn dresses and skirts. Fashion is all about expressing yourself, so should the gender of clothing stop you from wearing it? The answer is no, and a lot more people are becoming more open to wearing any clothing despite the category.

There are beginning to be more brands and companies that are marketing themselves as gender-neutral. They specifically create clothing that is unisex and fits both men and women.

There have also been a few other brands that have created unisex lines, like Zara and H&M, however, Zara’s line did not last due to criticism on the items they created.

One very successful company is Pacsun who has created a Gender-Free section on their website that offers unisex items for everyone. This is a great idea of what some other brands may begin adopting. Pacsun still has men and women-specific sections, while also having this genderless option for anybody.

3. Why it is important

Inclusivity is a very important concept for fashion brands because everyone wants to feel like they can wear the clothing, whether it’s having more sizes, including diverse models, and having both men and women wearing the clothes.

In this case, people want to feel like they can wear any clothing and look past the specified gender. Fashion is all about expressing yourself, and gender should not have an impact on if you can wear something or not. Getting rid of gender norms in fashion would help people feel more comfortable wearing whatever they want.

If something was not labeled as “women” then someone might be more likely to wear it, and the same thing for men’s clothing. However, there is a market there for people who wear clothing from both gender sections. I have bought from the men’s sections in multiple stores, and many of my friends have done the same. On the other side, my old manager at work, who was a man, would buy clothes from the women’s clothing store we worked at, and he totally rocked it. Normalizing gender-less fashion is so important and is going to become more popular in the future.

4. The future of gender-neutral collections

Already, many brands are coming out with gender-neutral items that can be worn by any gender, and that can be worn by people who prefer to dress androgynously. They are incorporating looser styles in neutral colors that would not be seen as men or women.

I would expect that many brands will begin to incorporate a gender-less category or take away the labeling from the in-store sections. I am sure that there will be people that still want to shop in traditional men’s and women’s sections, so many brands are not going to get rid of labels altogether. But by creating a separate section of androgynous clothing, anyone can feel free to shop in it and be comfortable in what they buy.

There is also no harm in adopting more gender-neutral clothing. People should be buying clothes based on what they look like and feel like, and not on what gender it belongs to. There are already a lot of sweatshirts that are unisex and people have no complaint about that, so there are opportunities for more unisex clothing items.

The androgyny of clothing now is becoming more popular, and many brands are already featuring gender-less and unisex clothing for everyone. It all comes down to inclusivity and making sure that everyone feels comfortable and confident when they are shopping for clothes. There are trends going on where celebrities are wearing clothing that goes against gender norms; like women wearing suits and men wearing dresses.

The androgyny of clothing in the future is going to be different than what we see today. Just looking at the past and comparing it to now, we can already see the differences between men’s and women’s clothing differences. This means we can expect to see a difference in the future as well. Many brands may create a line of gender-neutral clothing and accessories, and more unisex brands will be created that focuses totally on gender-less clothing. Either way, there is going to be a change, and it could make your brand more successful.

The Androgyny of Fashion Now and in the Future In this post we're looking into the development of the styles associated with androgyny now and for the future.
5 1 5 1 Leather Goods Manufacturer – A List Of The Best Ones

There are so many leather goods manufacturers today. Therefore we have helped you with a list of the very best ones. Read more In this post we’re looking at the 5 things to consider before launching your own fashion collection. Enjoy!