The Challenges of Negotiating Across Cultures In the context of international business, it’s easy to focus on the challenge of delivering our products and services abroad, while disregarding the issues which relate to the development of successful business relationships.

This problem can make itself heard during intercultural business negotiations, where cultural competency has the power to make or break a deal.
Intercultural negotiations present multiple levels of complexity which impair communication; including:

However, as presented by Salacuse (2003) in his book The Global Negotiator, the most impacting cultural distance can found between the negotiators. Personal relationships are the context where individual cultures can have the strongest repercussions on:

Culture can be something challenging to pinpoint, however,  there seems to be a consensus in academia, when it comes to comparing it to an “onion”.

Just like an onion, culture has multiple layers, the outer, and the most apparent shell is represented by behaviours (as one behaves on one particular occasion). The second layer is called attitudes, (for instance, the aptitude to punctuality), then we have norms, and finally values. Despite being rooted deep into the ‘heart’ of the onion, values have a strong impact on business decision-making.

In this post, we’re going to talk about how these different components of culture impact our day-to-day business decisions, to help you navigate the topic we broke it up in the following sections.

1. How cultural values affect decision-making
2. A case study example
3. How does culture affect negotiations
4. So what’s the way out of a cultural issue?
5. Conclusions

Let’s consider a simple example showing how personal values can affect for instance a firm’s hiring policy, by analysing how each of us would answer to the following question:

“As a manager hiring employees, which of these two factors is more important to you?”

Ideally, at the cost of being a little stereotypical,  a US executive would probably favour the second element, whereby a Chinese the first. This phenomenon is not to be simply labelled as an East vs. West dispute, in the EU itself, some countries are also more community-oriented (like Italy), whereby other countries, may favour a more individualistic approach.

Is that all? Of course not. There may be other additional layers, such as culture related to particular professions, which can impact the business practices as well as culture and heritage. Let’ move on to next section we’ll go through a case-study example to further discuss this topic.

2. Time for a Case Scenario Example.

It’s very easy to be stereotypical when talking about culture,  but sometimes it helps to get the point across. Let’s take an example which is connected to Italy, the country of our organisation is from.

Think about the ‘What Do You Mean Gesture’ which is commonly used in Italy. Outside of Italy, this gesture has a variety of meanings which differ from country to country, for instance, Egyptians and Greeks associate to the “closed fingers” a very different meaning to the one intended by Italians. If we are to be successful communicators we need to make sure we are aware of these different dimensions of culture so that we build stronger ties with our business partners.

A famous example of a successful adaptation to foreign culture communication is provided by former CityGroup’s CEO, Charles Prince. Mr Price, after being involved in a scandal whereby CityGroup’s operations in Japan were found to violate Japanese banking norms, decided to hold a press conference to express his position on the matter. During the meeting, he apologised to the Japanese audience using their own, culturally-rooted apology – by bowing.

This form of apology was intended to overcome cultural barriers and show transparency of intent. This behaviour was a successful example of intercultural communication in business. Hypothetically this effort could have backfired, but in reality, it showed a willingness to pursue a legal ‘submission’ in terms banking policies, but also a willingness to accept ‘physical’ submission to the ‘body language’ and traditions of Japan as a foreign country.

This can be compared with a less successful example,  the D&G ‘Pizza with Chopsticks’ scandal. Pizza with Chopsticks is a controversial ad which created massive upheaval in China after a commercial showed a Chinese girl attempting to eat pizza with chopsticks. The video was intended to be a form of promotion for an upcoming fashion show.

This ad, however, portrayed China not as a booming economy, quickly developing a taste for sophistication and luxury, but as a country with a rural economy and an underdeveloped society.

Dolce and Gabbana, in response, published a video where the founders apologised wholeheartedly for the cultural misunderstanding, but Chinese media still kept the spotlight on this issue, as if it had not been resolved. Undoubtedly the apology helped to distance the organisation from this PR incident, but on the other hand, many analysts saw the apology only as something pursued by economic interests to safeguard the brand’s image in the Chinese market, without delving deeper into the heart of the issue.

3. How does culture affect negotiations

So when addressing cultural negotiations, we can see how communication takes place in a multilayered environment which can be represented as a series of competing tensions, such as:

This echoes the framework developed by Hofstede’s Cultural Dimensions, which can assist us in identifying the main points of conflict among cultures:

Power Distance. This dimension expresses the degree to which the less powerful members of a society accept an unequal distribution of power.

Individualism Vs Collectivism. This dimension focuses on the question about whether people prefer a close-knit network or personal relationships or if instead, they prefer to be left to fend for themselves.

Uncertainty Avoidance. This dimension expresses the degree to which the members of a society feel comfortable with uncertainty and ambiguity.

Masculinity Vs Femininity. Masculine values represent a preference in society for achievement, heroism, assertiveness and material reward for success. Femininity instead stands for a preference for cooperation, modesty, caring for the weak and quality of life.

Indulgence Vs Restraint. As presented by Wikipedia: ‘This dimension is essentially a measure of happiness; whether or not simple joys are fulfilled. Indulgence is defined as “a society that allows relatively free gratification of basic and natural human desires related to enjoying life and having fun.”
Its counterpart (Restraint) is defined as “a society that controls gratification of needs and regulates it by means of strict social norms.” Indulgent societies believe themselves to be in control of their own life and emotions; restrained societies believe other factors dictate their life and feelings.’

4. So, what’s the Way out of cultural issue?

So how do these cultural dimensions affect business relations? Here’s a breakdown of the most common conflicts that can be found in negotiations.

So what strategies can you use to approach cultural conflicts? (Salacuse, 2003 ‘The Global Negotiator’)

Are we destined to forever struggle with our cultural differences?

Not at all, there are many ways in which intercultural communication issues can be addressed and resolved.
Here are a few examples of things you can do today to help you communicate across cultural boundaries.

We hope you have enjoyed the post. We love to talk about how culture affects business relationships and in our blog, you can find many resources on this topic. Please take a look below to see if any additional articles may be a good fit for your research. 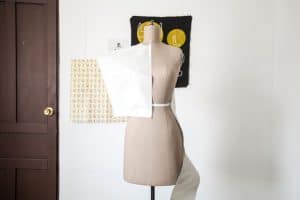 Mass market fashion is taking over the industry in quick strides. Read on to learn its history and brands practicing mass-market fashion. 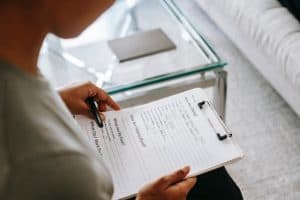 5 Tips to Design Effective Questionnaires for Your Fashion Research

In this post, we’re looking at 5 tips to help you design the perfect questionnaire for your fashion brand.

How To Navigate Branding Decisions in International Markets

In this post, we’re exploring all possible branding options when developing your business internationally. Enjoy!

In this post, we’re looking at three essential pricing strategies to help you understand how to best launch and manage your products in the marketplace.